Get fresh music recommendations delivered to your inbox every Friday.
We've updated our Terms of Use. You can review the changes here.

Tunes from the Book

by Harry Bolick and Friends 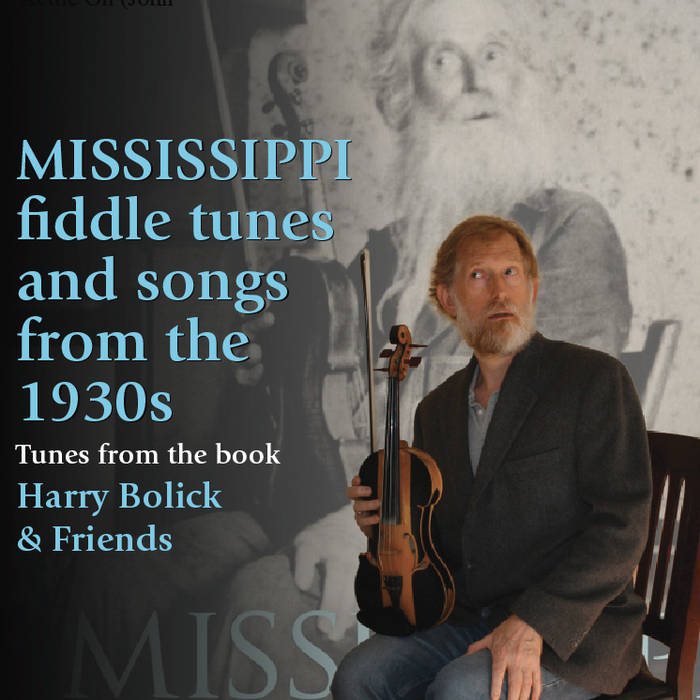 These new recordings are of tunes from the recently published book of WPA era Mississippi fiddle tunes.- "Mississippi Fiddle Tunes and Songs from the 1930's" by Harry Bolick and Stephen T. Austin - Published by the University Press of Mississippi

While in the Mississippi State Archives tracking down Abbot Ferris's beautiful photographic portraits of musicians from 1939, author Harry Bolick discovered, to his amazement, a treasure trove of earlier fiddle tunes in manuscript form. Since then he has worked to understand how this collection came to exist and be set aside. With Stephen T. Austin, Bolick has transcribed the subsequent 1939 audio recordings. Mississippi Fiddle Tunes and Songs from the 1930s presents the history of the collecting work, with over three hundred of the tunes and songs and a beautiful selection of period photographs.
In the summer of 1936, over one hundred fiddle tunes, many of them unique, along with thousands of songs, were collected and notated throughout a large part of Mississippi. Roughly 130 novice field workers captured beautiful tunes and tantalizing fragments. As a body of work, it is an unparalleled and fascinating snapshot of vernacular music as heard in Mississippi in the early part of the recorded era. However, this music was unpublished and forgotten.
In 1939, building on the contacts made three years earlier, Herbert Halpert led one of the last and best executed of the WPA folklore projects which recorded audio performances in Mississippi. Some, but not all, of those distinctive fiddle tune recordings have been published. Additionally through cassette tape copies passed hand to hand, some of these distinctive tunes have regained currency and popularity among contemporary fiddlers. In Mississippi Fiddle Tunes and Songs from the 1930s, this great music is at last widely available.

Born in Mississippi, he has focused on, performed, recorded, and taught the classic fiddle tunes from Mississippi.  The University Press of Mississippi has just published his book, co-authored by Stephen T. Austin, "Mississippi Fiddle Tunes and Songs from the 1930's." He teaches fiddle and mandolin weekly in Garrison NY and teaches workshops on Mississippi fiddle tunes around the US. ... more

Bandcamp Daily  your guide to the world of Bandcamp

Guests John Beltran and Kim Myhr walk us through their magical musical adventures.